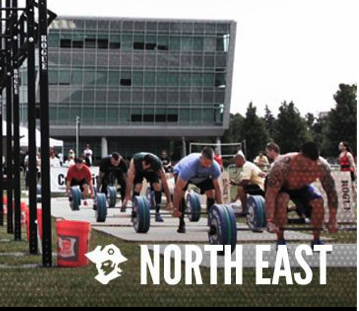 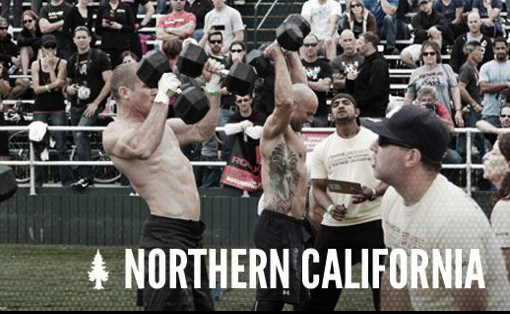 Elisabeth Akinwale was the start performer at the North Central CrossFit Regionals, with the 33 year old veteran winning four of the five events to be crowned Regional Champion.

Akinwale extended her lead over the rest of the field on the final day, almost breaking a world record in the snatch event.

She was one lift away from equalizing Lindsey Valenzuela’s score, unable to lift 175 pounds.

“I just wanted to win, and I know my snatch is big enough so I don’t have to PR to do that,” she said after the workout.

In the men’s division, 2009 Games competitor Kyle Kasperbauer finished on top of the leaderboard after an impressive weekend that saw him win three of the six events. Phillip Kniep finished second after a dominant performance in the final workout, while Justin Allen rounded out the top three.

CrossFit Jenks, CrossFit Kilo and QCCF Awesome will also head to the Home Depot Center in July after topping the leadeboards in the Team division.

Here are the final standings of the North Central CrossFit Regionals: 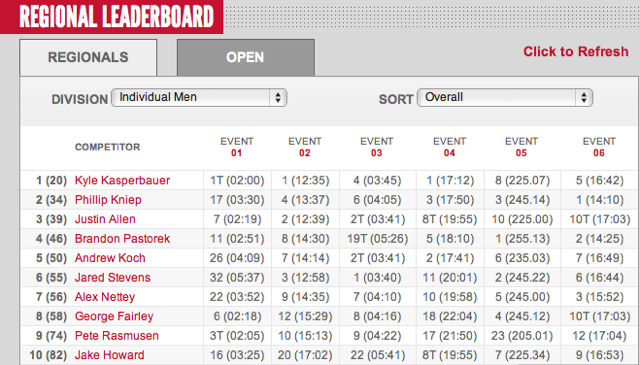 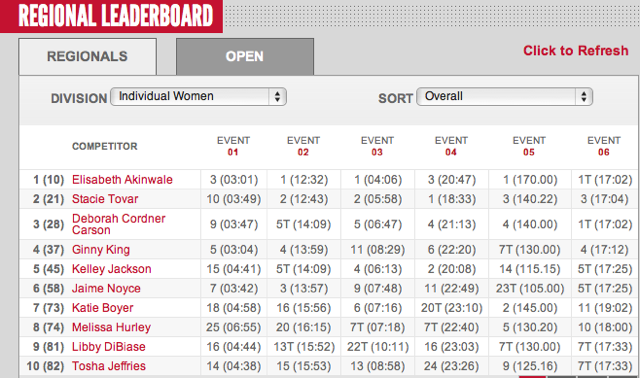 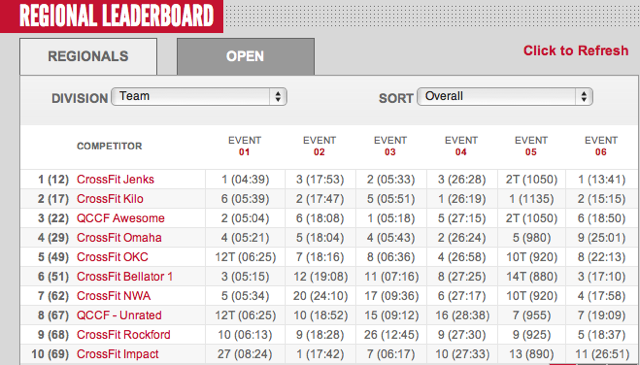