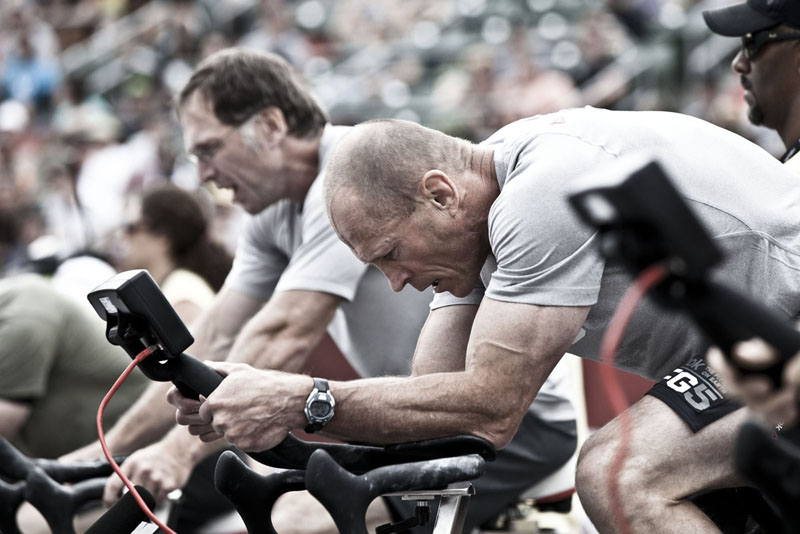 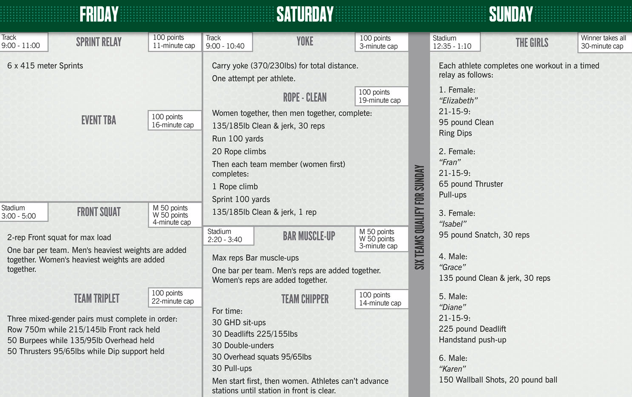 As they say with CrossFit, “expect the unexpected.” And the unexpected is exactly what occurred when the world’s fittest athletes arrived for what they thought would be an evening update and briefing show Monday night.

Yet much like last year when he announced the beach swim, Director of CrossFit Training, Dave Castro again stunned the room and the CrossFit world when he unveiled a fourth day of workouts — a first in CrossFit Games history.

Not only was the extra day of workouts unexpected but so too was the timing and location. Day 1 of the 2012 Reebok CrossFit Games will now commence, Wednesday July 11, at Camp Pendleton military base, 90 minutes south of the Home Depot Center, two days prior to the original Friday, July 13 kickoff.

Because of the rugged terrain and the military location no media or spectator access will be provided. So unfortunately The Rx Review will not be able to cover the event. CrossFit are however offering a variety of options to keep you updated, so check out the link for complete details.

It looks like it will be a grueling day with three workouts in total allocated. As far as we know this extra day only applies to the individual athletes.

Day 1 works are now as follows:

In this event, athletes will begin by swimming approximately 700 meters with fins. They will then grab their bicycles and ride approximately 8 kilometers across undulating terrain, with approximately 400 meters through unrideable soft sand. They finish with an 11 kilometer dirt-road run across steep hills with over 1,400 feet of elevation gain.

Complete Camp Pendleton School of Infantry Obstacle course. Athletes will race against each other head to head in a 3-round bracketed tournament.

Four athletes will race against each other in heats. The top finisher from each heat moves on to the next round of the obstacle course, competing next to the other heat winners and four wildcard athletes. These are the four best times of all the athletes who didn’t win their heats in the first round. The winners of the four heats in the second round then move onto the final round for the win.