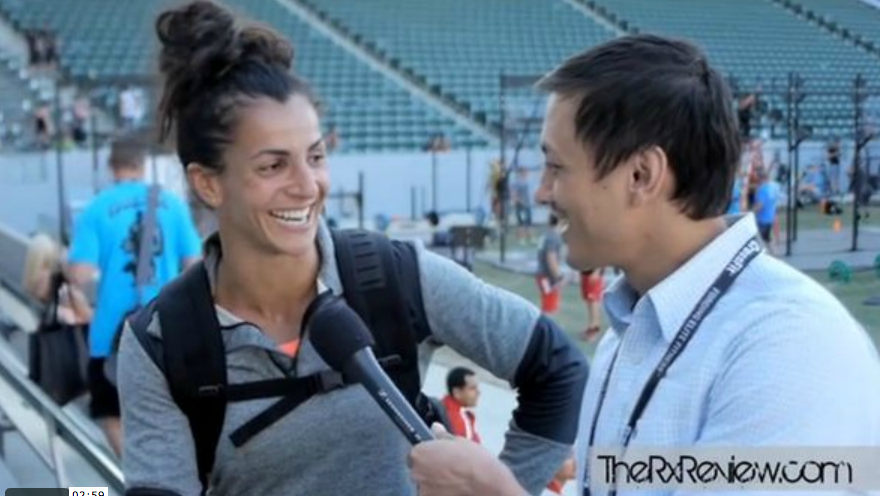 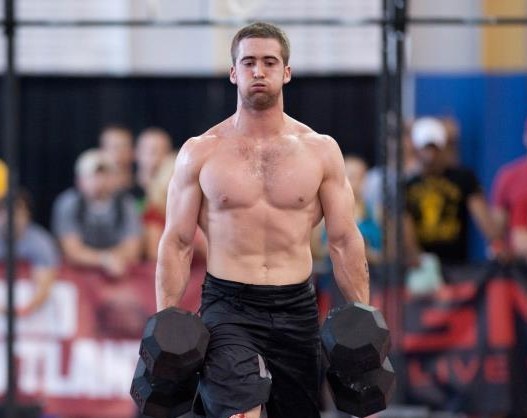 Ben Smith After Day One of the CrossFit Games 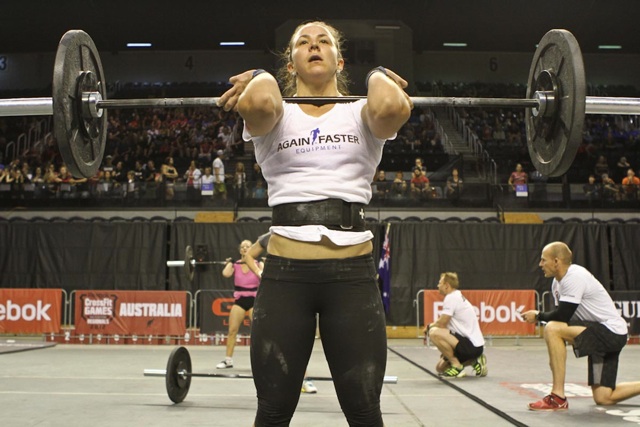 Kara Gordon at the Australian Regionals

Kara Gordon planted her flag in the CrossFit map as the only Australian competitor to claim a world record in the Region. The 22 year old, who trains at CrossFit Roar in Brisbane, had previously competed at the 2011 Regionals, but her 19th place finish last year meant she stayed well and truly under the radar. Speaking with Gordon, you get the feeling the modest Queenslander is happy to be low key.

We wouldn’t be laying it on too thick by saying Gordon was THE standout performer at the Australia Regionals. Yes, her world record was overturned before the Regional season ended – by Annie Thorisdottir. It’s no failure to get beaten by Iceland Annie, who was the only woman in the world to complete the row, pistol, hang clean triplet faster than Gordon, and only by a mere nine seconds.

At the end of the Australian Regional weekend, Gordon had placed in the top three in every event, and rightly earned her place atop the podium in Wollongong. People knew they were witnessing the birth of a special talent. Only when the world scores were aggregated did they know how special – Gordon’s Regional performance put her 12th in the world heading to Carson.

Her days of going incognito are over.

Gordon also proves that a career in another sporting code is not a prerequisite for elitism in CrossFit. The 22-year-old is not a former professional athlete, but a Health and Nutritional Science student who did a bit of swimming as a kid. She’s proof that “good old-fashioned hard work” and a lot of heart can lead to top-level success, something many CrossFitters can relate to.

‘Big Dub’ spoke with the Rx Review about her first CrossFit Games and what it feels like to go from dark horse to firm favourite.

Well Kara, it’s your first Games, how are you coping so far? 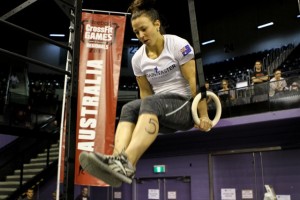 Gordon in the final event of the 2012 Regionals

I really hadn’t had any nerves until they told us at dinner that the Games started on Wednesday – and we were doing a triathlon. The surprise of starting sooner made us all a little nervous but incredibly excited at the same time. Up until that point, I think it never felt quite real yet; I’ve just been enjoying LA.

You leapt from 19th place at last year’s Regional to 1st this year – how?

Yes, it was a huge jump from last year. I have just been doing CrossFit, coaching CrossFit and loving CrossFit. I didn’t do anything too crazy in the past year but my coach [Brian Bucholtz] and I spent time understanding me as an athlete, how I respond to things and how I don’t, and just worked on everything.

It really wasn’t until the Games season that we changed my programming to suit the progress I needed to make. That included adding in some skill work to fill in any holes in my game.

A lot of competitive CrossFitters come from an athletic background. Where does your skill come from?

I did competitive swimming as a kid but stopped when I was about 13. I have always liked being physically active: it just took something as great as CrossFit to draw me back. I have always loved moving and being challenged and enjoyed being athletic, rather than just being incredibly good at something. Some people like art, some like books, and I happen to love good old-fashioned athletic hard work and that sense of achieving something.

Do you remember the moment when you thought you could be a serious competitor?

Not really. After actually making it to the Regionals in 2011 when I had only been in a CrossFit gym for about three months, I realized that I had progressed quite quickly and that I really enjoyed competing. I thought that I would definitely like to see where I could go.

After getting that world record in workout 2 at the Regional, there was a bit of “Who is Kara Gordon?” going on. What was that like?

It was really cool. I realised this would be the last time I could have that “dark horse” title but it is a really nice position to be in. I was able to just do my thing without any pressure to meet anyone’s expectations. I didn’t really have any expectations of myself so everything was a bonus. Getting the world record was such a sweet surprise, and such a nice top-off to such a cool WOD.

You’re now going to be mentioned in the same breathe as Rob Forte, Chris Hogan and Amy Dracup – how do you feel about being in the spotlight?

I’m honored to be mentioned in the same regard as such a great group of athletes and genuinely great people. It is the ultimate praise. I don’t actually mind being in the spotlight because people are just so excited to be a part of it all and want to know what is going on in the CrossFit competition community. If it means taking a few minutes here and there to get people excited about CrossFit, then I’m lucky. 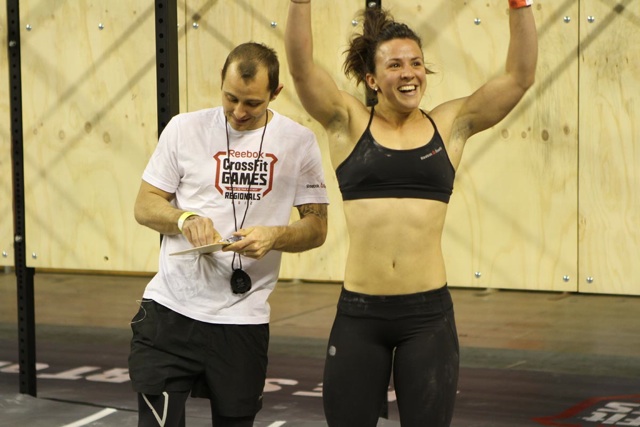 What do you see as your main strength in CrossFit?

I try not to have strengths or weaknesses. I focus on being well rounded, so I might not be winning every event right now but given time I will only get stronger, fitter, faster, more accurate and all the rest all at once.

What aspect of your CrossFitting would you improve?

I can’t think of anything I would change. I thought about it and everything I do, the good and the bad all contributes to how I am as a person and as an athlete. Rather than changes to my CrossFitting, I hope to continually make small adjustments that will better me in every aspect. You have to do all of the gross stuff and make all of those mistakes before you know how to do it right.

We now know most of the Individual events at the Games – what do you think?

I really like the events. They are all different and things I have not done before. That’s what excites me the most. I think I’ll have the most fun with the snatch and bar muscle-up WOD because it’s a little weird and not something I have done before.

What does Games success look like for Kara Gordon?

Games success for me looks like finishing in whatever place with a smile on my face and absolutely exhausted because I competed against the best in the world, to the best of my ability.
The greatest success is to have a number next to my name at the end of the weekend that I earned by working as hard as I could and challenging myself and pushing the boundaries of comfort. If I know I gave everything I possibly could from my mind and body, then it’s a success.

What is the nickname ‘Big Dub’ about?

Ha ha. Well, I have my real surname and an ‘also-known-as’ surname and in December I am getting married and it will change again, so everyone was getting sick of not knowing what to call me. My surname will soon be Webb. As is the case with nicknames, it evolved into Dub (for the W), then K-Dub and then Big Dub. I hated it but the boys promised it would stick, and it did. It has a hand signal with it now and a weird voice. I voted for ‘Little Dub’ or ‘Pretty Dub’ but lost that battle. So now I am Big Dub.

UPDATE: Since this interview, Gordon went on to finish 19th overall at the 2012 CrossFit Games.