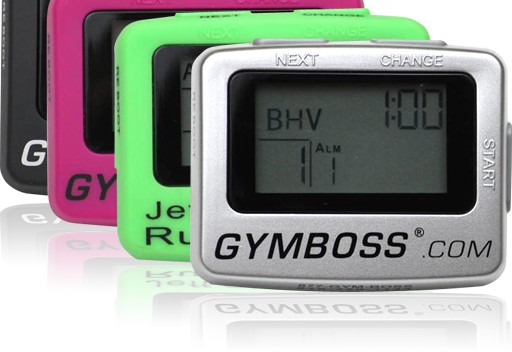 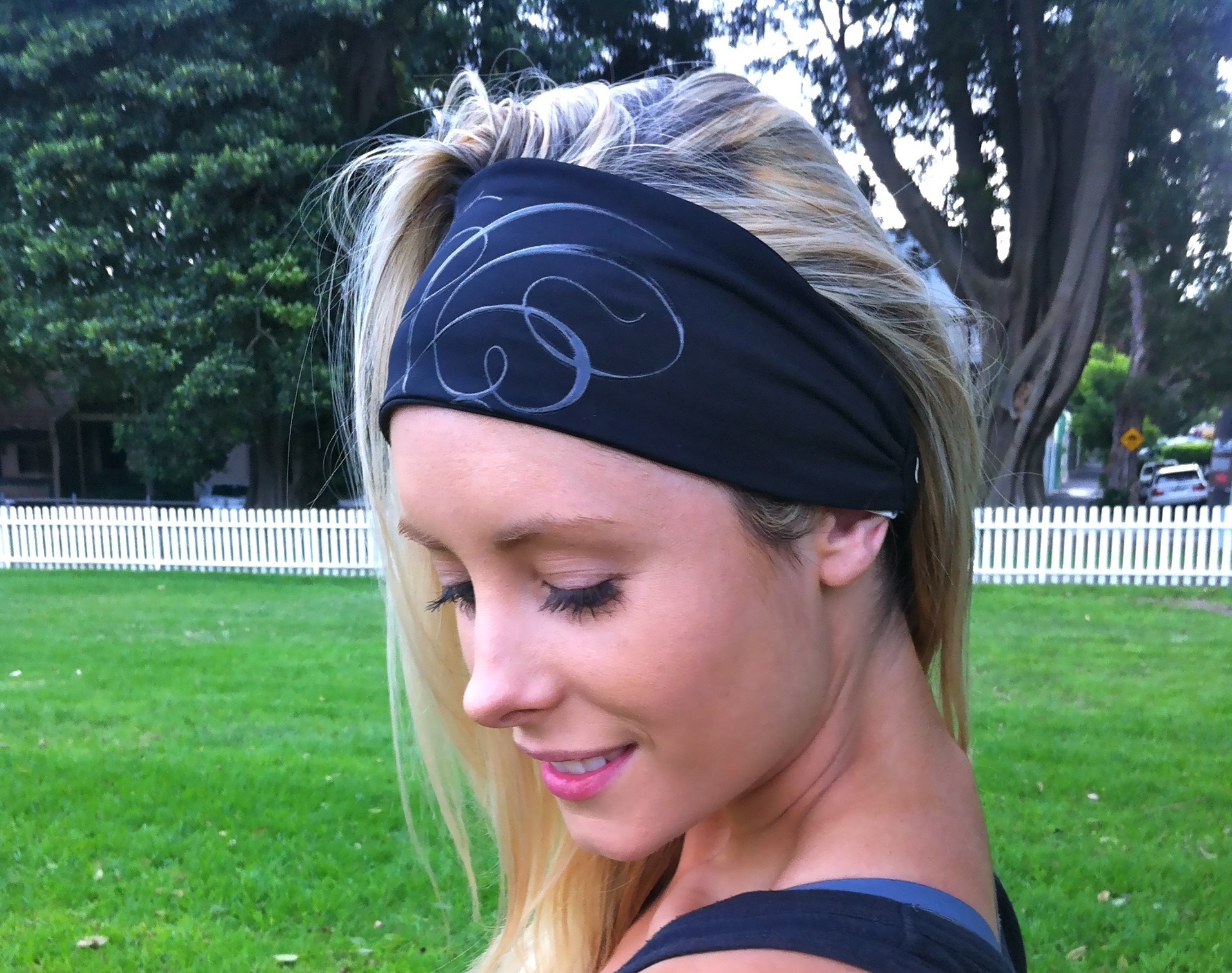 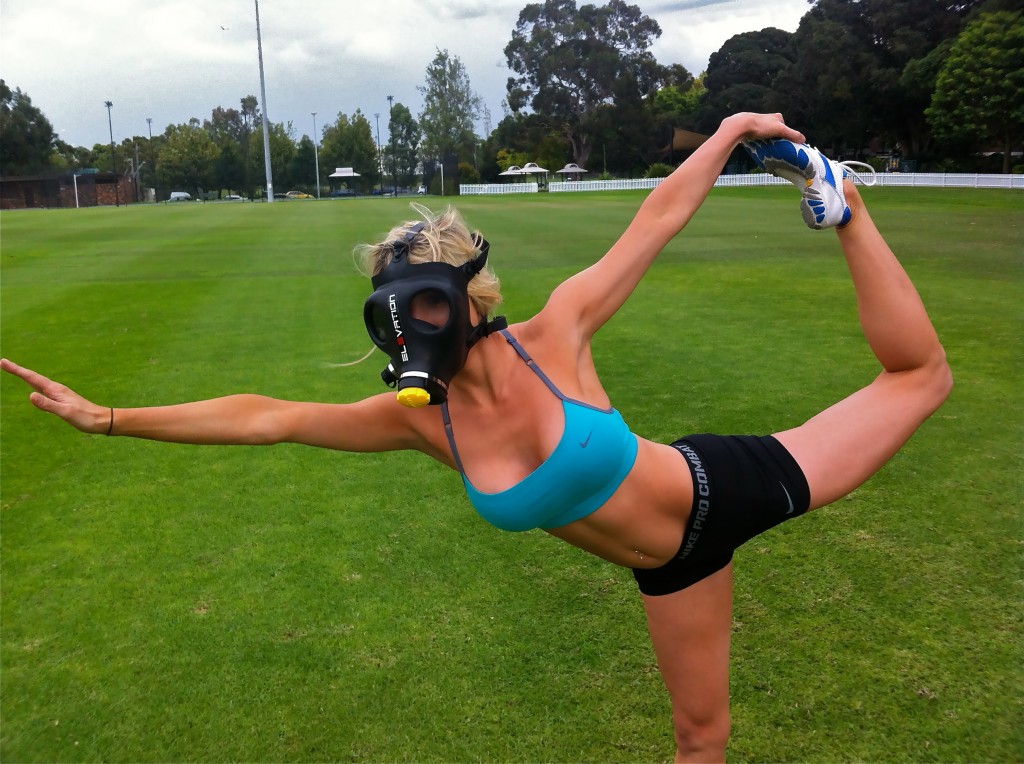 Emma doing some Yoga in the Elevation Training Mask

Anyone that knows me realizes I have an obsession with fitness equipment. From heart rate monitors, rowing machines, Olympic bars, gymnastic rings, jump ropes to clothing and apparel. I always seem to be finding new products then searching for new reasons to justify why I need them. It is this obsession that was the impetus for creating this website. 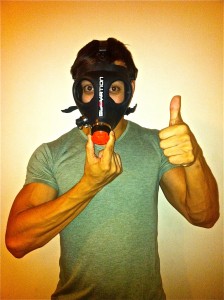 Over the last few years one product I have always wanted to try was a gas mask. I’ve seen this worn by numerous athletes from rugby players, Jiu Jitsu competitors, runners, rowers, weekend warriors and particularly MMA fighters.

One of first people I saw wearing the gas mask was UFC fighter Sean Sherk. Sherk, nicknamed the Muscle Shark for his muscular physique, is known around the world not only for his shredded abs but for his phenomenal fitness. It is one of the reasons many believe he has been such successful fighter.

I remember stumbling upon several of his training videos years ago while he was working out at the API Training Center in Minnesota. What I found interesting was that Sherk was doing workouts that even the most avid CrossFitter would not only find challenging but doing them while wearing a gas mask. I had heard how difficult just walking in a gas mask was, let alone going through the brutal physical training session Sherk was undertaking. 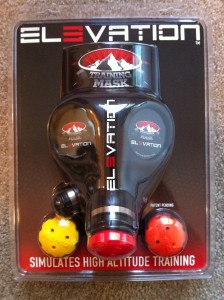 As I mentioned, I always wanted to pick one of these up but it is not as simple as walking into your everyday sporting goods store. Then just several weeks ago I received an email from Rogue Fitness notifying me of their new products, one of which happened to be the Elevation Training Mask. I was already familiar with the brand, as it has become the go to product for Jiu Jitsu competitors and MMA fighters alike. I had also seen it worn by countless UFC names such as Melvin Guillard, Rashard Evans, Wanderlei Silva and of course Sean Sherk.

Interested to see the effect wearing a gas mask would have on my overall fitness, I contacted Training Mask and had them send me one of their Elevation Training Masks. Because I was traveling around the US at the time I was waiting until I got back to Sydney before I threw it into my training regime. 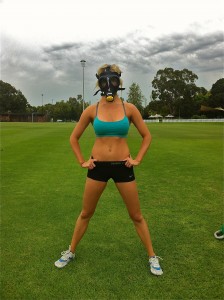 Then just last week on my return flight from LA to Sydney, I looked up and saw Sean Sherk walking down the aisle. Considering I was just days away from trialing the mask I thought what a better opportunity to speak to the man. I approached Sean, who was now standing at the back of the cabin and asked him about his thoughts on the Elevation Training Mask only to discover it was in fact his product that he helped create.

I had of course seen him using the mask in a number of promotional pictures and videos although I was not aware he was one of the creators of the mask. Considering I was reviewing the mask for our website it was a little embarrassing to say the least but Sean was as friendly and gracious as he could be. He ran me through what to expect, how he used the mask for his UFC fights and noted that I should feel the beneficial effects of using the mask within just a few weeks.

Sean also mentioned they had given the Elevation Training Mask to 20 of the CrossFit athletes who competed at the recent UFC Fan Expo just a few months back. I have a feeling with that in mind and the fact Rogue Fitness are now selling them online you are bound to see more CrossFitters wearing the mask. 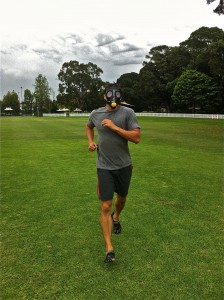 In any event it is still early days and I just started using the mask. However, I will say the moment you put it on you can feel your lungs are immediately forced to work harder.

The first time I wore the mask I tried it out on my Concept 2 Rower. The mask comes with three nosepieces that give you three levels of intensity. I used the yellow nosepiece with three holes, which is the easiest of the three. Within the first three minutes of rowing I could already see my 500-meter split times were much higher than they normally are and I already felt like I had been rowing closer to 20 minutes than 3. At five minutes in, I had already slowed my revolutions down and I was breathing extremely hard.

By the time I finished my workout I could see why this may be a fantastic tool for CrossFit. Much of what we do in CrossFit aims to increase work capacity for short intensity which helps increase our overall strength and anaerobic ability. Wearing the Elevation Training Mask could be much the same. Instead of needing to row for 20 minutes to push cardiovascular limits you could potentially get the same result in just 5 (or at least thats what it felt like at this early stage). 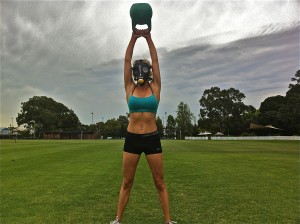 I have yet to test the mask in all aspects of training. I have taken it for a run in the park, used it on my rowing machine and also given it to Emma to test. I will say at this stage I am impressed with the comfort and ease of use but will wait for a few weeks to give you my final verdict on the overall use of the device and if I notice any increased athletic performance.

An interesting side note: Sean told me a funny story while on the plane about an athlete he knew who decided to take the mask out for a run. Sean says the man is so fit he often throws on a weight vest just to make it that little bit harder. The problem was this time he decided to go into the post office on his way home. As he is standing in line they called the police and one thing lead to another. Probably not the smartest idea and fortunately in the end it was resolved without any issue.

Sean says the funny thing about the whole story is the fact they kept telling him to take the vest and mask off but he didn’t want to because he was trying to push his physical limits. He had no idea they thought he was carrying explosives. You can only imagine what people were thinking when they saw a guy walk into a post office sweating, wearing a gas mask, with a black weight vest on.

Personally, I don’t plan on doing any errands in my gas mask but if I do I will let you know how it goes in my final review.