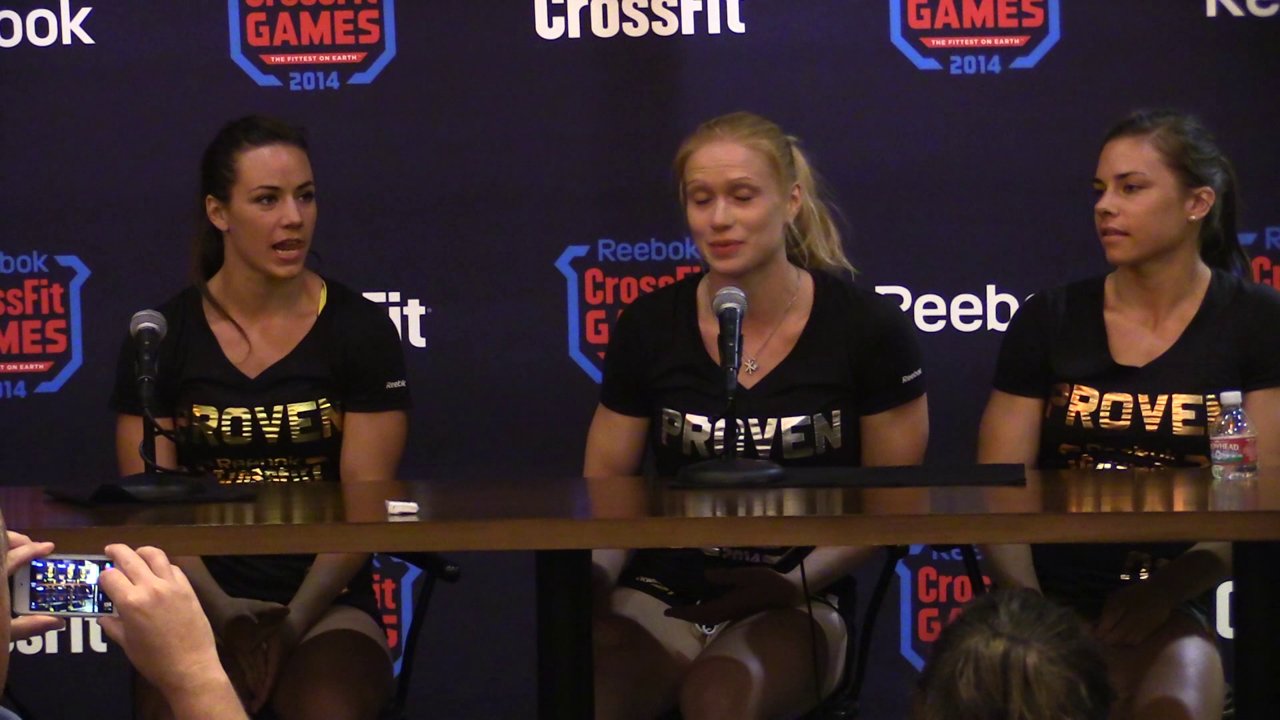 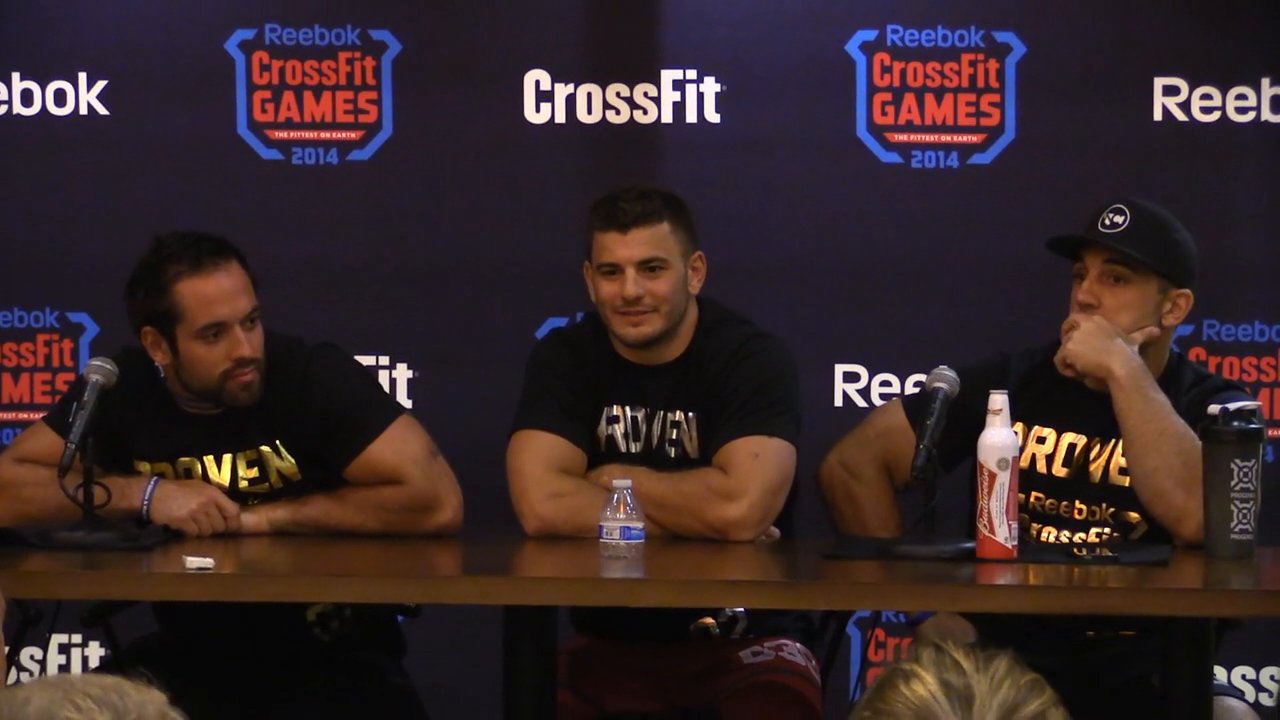 Top Athletes Reveal How Many Hours A Day They Workout

This week we take a moment to review the newly updated Reebok CrossFit Nano 4.0.

Well the 2014 Reebok CrossFit Games has come to close and aside from Rich Froning winning his fourth straight title, and Camille Leblanc-Bazinet claiming her maiden crown, the Games also introduced us to the updated line of the Nano range of shoes with the Reebok CrossFit Nano 4.0.

I was lucky enough to score an early release of the Nano 4.0 in May and I’ve been wearing them ever since. That said, I’ve been wearing the previous version of Reebok CrossFit Nano, the Nano 3.0 since its release last year and must admit, it is still my favourite shoe for day-to-day use and all my CrossFit® WODs.

When I initially discovered the Reebok CrossFit Nano 4.0 was coming out, I was interested to see if this shoe was privy to real upgrade, or if Reebok was just appeasing their accountants and making an updated version to sell more shoes for CrossFit. 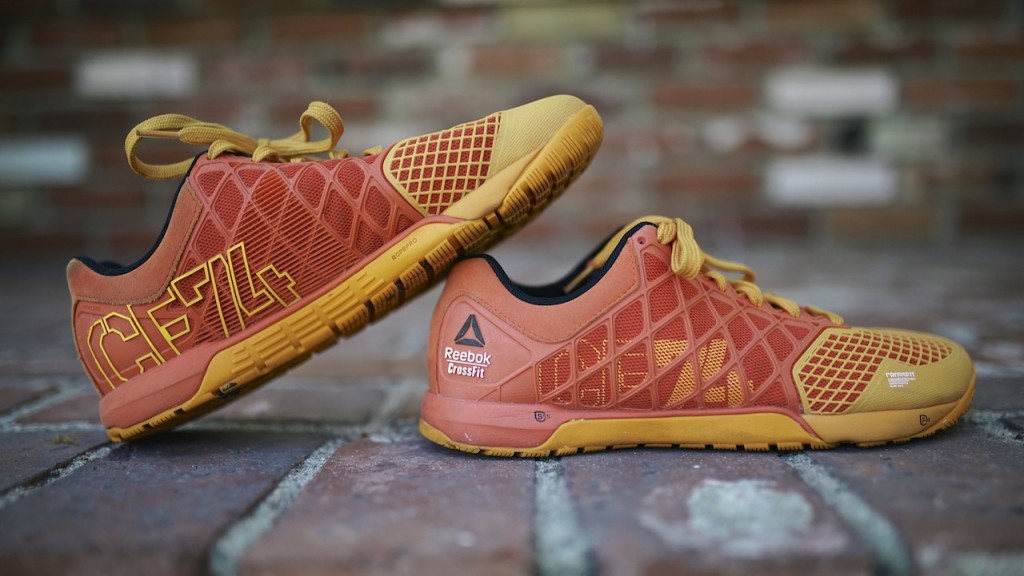 Keen to find out more, I jumped on the Reebok website and decided to see what specific upgrades or design changes the Nano 4.0 had undergone. After reading over some basic dot/sales points on their online shop, I was left with no real concrete answers. So I decided to have an online chat with a Reebok “Product Expert”. I asked if they could tell me the specific difference in the Reebok CrossFit Nano 3.0 and 4.0. The “Expert” responded by stating, “The Nano 4 provides more stability in the shoe. They are very similar though.”

Very similar? Very similar I thought… What the? Unimpressed with the answer, I decided to dig a little further. I contacted someone else at Reebok who provided me a more detailed answer. Here is what they wrote:

Specifically, the Nano 4 is built for function and performance. Key improvements have been made to ensure Lightweight breathability for longer endurance workouts and strategically constructed abrasion zones for protection and durability. Kevlar® aramid fiber has been added to ensure the Nano 4 is lightweight and extraordinarily strong, with five times the strength of steel on an equal-weight basis.

Without doubt, the Reebok Nano 4 is for the CrossFit athlete who looks for footwear and apparel strong enough to perform on their biggest stage.

Other Design innovations include:

· A training rubber toe wrap for protection and durability.
· Open breathable spacer mesh for breathability and range of motion.
· Anti-friction lining to reduce moisture and heat build-up.
· The midsole has been constructed with flexible cushioning for added flexibility and comfort, with emphasis placed on the heel for increased stability and powerful energy return.
· RopePro protection wrap is an added benefit to the midsole for increased bite and protection against shoe shredding rope climbs.
· The outsole included a finn pattern and metasplit flex groves for increased grip, traction, balance and stability.
· The outsole includes a 4mm heel to toe drop for an added for advanced stable platform

Key marketing features include NEW seasonal colours, with a women’s specific colour collection to further Her Support, Her Comfort and Her Style.

That marketing speak aside, the real question was, is there a noticable difference in comfort, performance and aesthetics in the Reebok CrossFit Nano 4.0 that would make me fork out $100+ if I was already happy with my Nano 3.0’s?

Look: The first thing I noticed when I picked up Nano 4.0 was the new design. Yes, I’m sucker for pleasant aesthetics and in my opinion these are the best looking Nano’s to date. I loved the look of the Nano 3.0 but the new 4.0’s have exceeded those. The range of colours combined with the new design really won me over. I wore my Flux Orange Nano 4.0’s around town. I was surprised how often people stopped me on the streets to tell me how nice my shoes were. Many even stopped to ask me where I purchased them from. If there is one thing that impressed me the most about this shoe it was this.

Toe Box/Laces: To be honest, besides the overall look/design change in the shoe, I found it difficult to notice any significant changes from the Reebok CrossFit Nano 3.0 to the Reebok CrossFit Nano 4.0 with the exception of two key points. The first and most apparent was the change to the toe box. The Nano 4.0 has added a new meshed rubber webbing that provides extra support and protection to the shoes. It is also something I noticed helped me grip to the rope on rope climbs.

The second is the change in laces. The Nano 3.0 shipped with round laces while the 4.0 has gone with a flatter lace. While it is only a minor change, some people I’ve spoken to said they noticed that flat lace helped them grip the rope on rope climbs a little better. While I personally didn’t notice that myself, it was something several people noted when I asked them what they like about the new design. 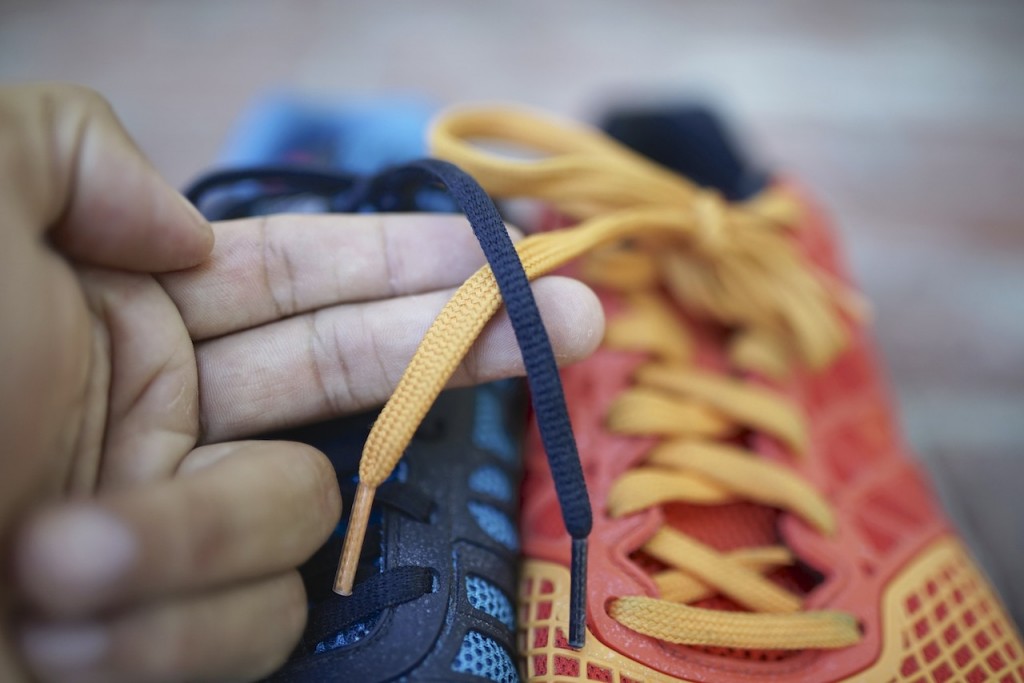 Feel: When the first iteration of the Reebok CrossFit Nano’s were release I was not a fan. Without going into the specifics of that version, my main issue with that shoe was how wide they felt. By no means do I have a wide or flat foot, and despite trying on several sizes of that shoe, my foot was simply too narrow for them.

The original Nano shoe was so uncomfortable, I actually gifted them away to a friend at my box. It was something they seemed to have adjusted in later version of the Nano range. So when I tried on the Nano 4.0 my initial impression was they felt great. I remember myself saying, “Wow these fit perfect!” I was actually wearing a pair of Nano 3.0’s at the time and noticed how snug they felt in comparison, which I believe was mainly due to the new meshed webbing in the Nano’s 4.0 toe box (more on this on the bad points below).

Durable: I’ve been wearing these shoes for two months now and during that time have put them through the ringer. I used them in numerous WODs, during rope climbs, running, jumping and even during a lake swim. While it’s only been two months, I’ve been impressed at how well they have held up. Sliding down the ropes usually tears my shoes apart but these have held up better than any other shoe I’ve wore. 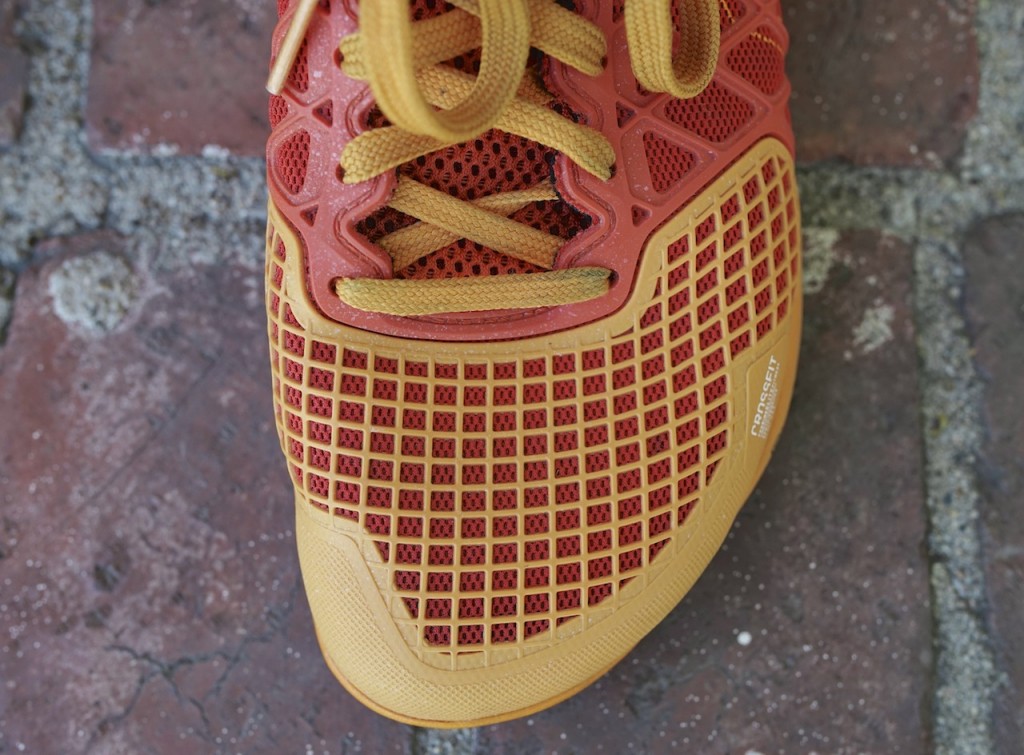 Feel: It may seem odd that I noted “feel” as one of the good points above and also have it listed in this section here. Although there is an explanation for this. As I noted, when I first tried these shoes on, I thought they fit perfect. I picked them up just before I flew out of Australia to the US, so I ended up wearing them as I walked around Los Angeles and New York.

Since I was travelling, I was only able to use them while walking around town, for some basic jogging, burpees and tabata workouts. At that early stage, I thought they felt great. It wasn’t until I began sprinting in the hot California sun that I noticed the issue. I’m not sure if it was the fact I was doing a lot of running on the grass but whatever the case, for the first time ever, I started to get blisters on my toes.

Let me just make one thing clear; never in my life have shoes ever given me blisters. Ever. I’ve also had every pair of Nano’s since their release and none of those versions had ever given me blisters, so this was a bit of surprise. Sure the Nano 4.0 did feel a little more snug when compared to my Nano 3.0 but after wearing them for over a month, I figured they were more than broken in.

Yet I soon discovered I was not the only one with the issue. Of the six people I know that purchased them, four ended up with blisters on their toes or near/around their achilles heel. It was annoying enough that I ended up switching back to my 3.0’s as those felt more comfortable. If there is a major criticism I have of this shoe, this is it. I’m not sure if it is the fact the Nano 4.0 is a little more rigid than the 3.0 but this seems to be an issue that people are encountering.

I was told by a Reebok sales rep while in New York that the webbed toe box makes them feel a little tighter at first but they will stretch over time. My advice is if you have a wider foot you may want to try a half size up but keep in my the shoe will give a little after a few weeks. So in this instance, I’m going to say they don’t always run true to size. 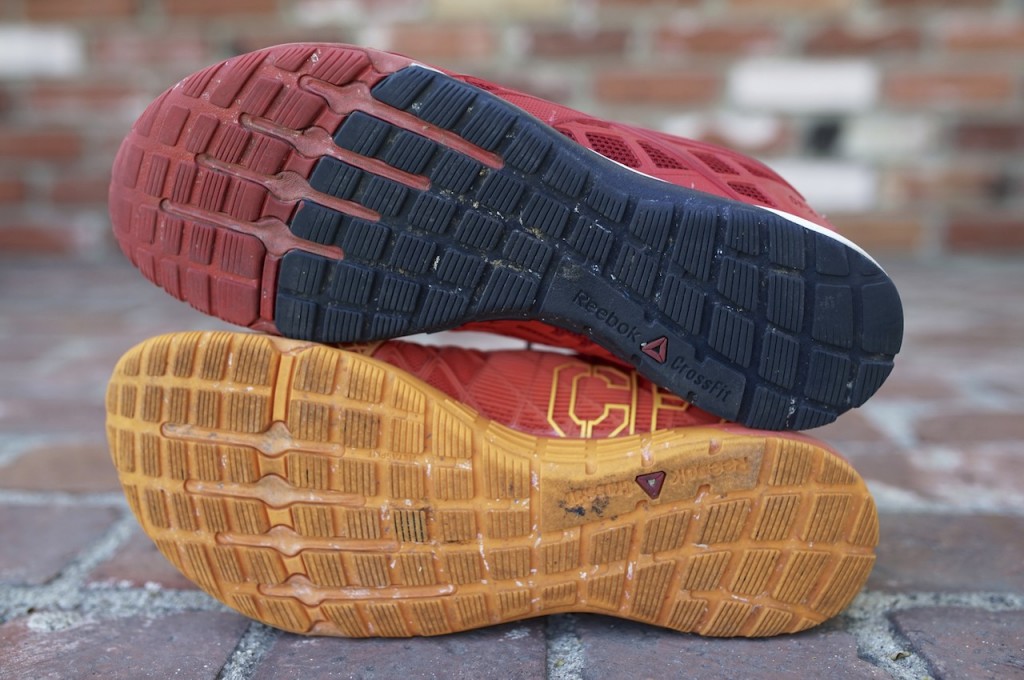 As part of this review, and to the bewildered and amusement of others, I actually spent a great deal of time wearing a Nano 3.0 on one foot and a Nano 4.0 on the other. On first impressions, it was only the tighter toe box on the 4.0 that provided a significant difference in feel. Although after three weeks, if I closed my eyes it was often difficult to tell which shoes was on which foot.

However, that statement comes with a major caveat, and that is the fact myself and several others did begin to get blisters on our feet and achilles while wearing the Nano 4.0. While I really love the new look and design of the 4.0, I found myself switching back to my Nano 3.0’s for all my WODs. For some reason I began to find those were a little more comfortable during workouts albeit without the blisters. Switching back to the 3.0’s is something many I’ve spoken to have also done for the same reason. While there are some great improvements in the 4.0, my personal opinion is the 3.0 is a more comfortable shoe.

I’m still going to continue to wear my 4.0 while walking around town and hope after a few more months I’ll be able to wear them in WODs without suffering blisters. But my personal opinion is this — If having the latest and supposedly greatest product is more important to you than comfort and feel, than go with the Nano 4.0.

To be honest, I’m a sucker for having the newest toys and would find it hard to purchase last year’s version of anything, especially when a new version has just been released. So I understand many will just go out and purchase the Nano 4.0. Although if you can put those feelings aside, I would suggest saving yourself some money and pick up the best functional fitness shoe on the market today, and purchase the Reebok CrossFit Nano 3.0 instead. 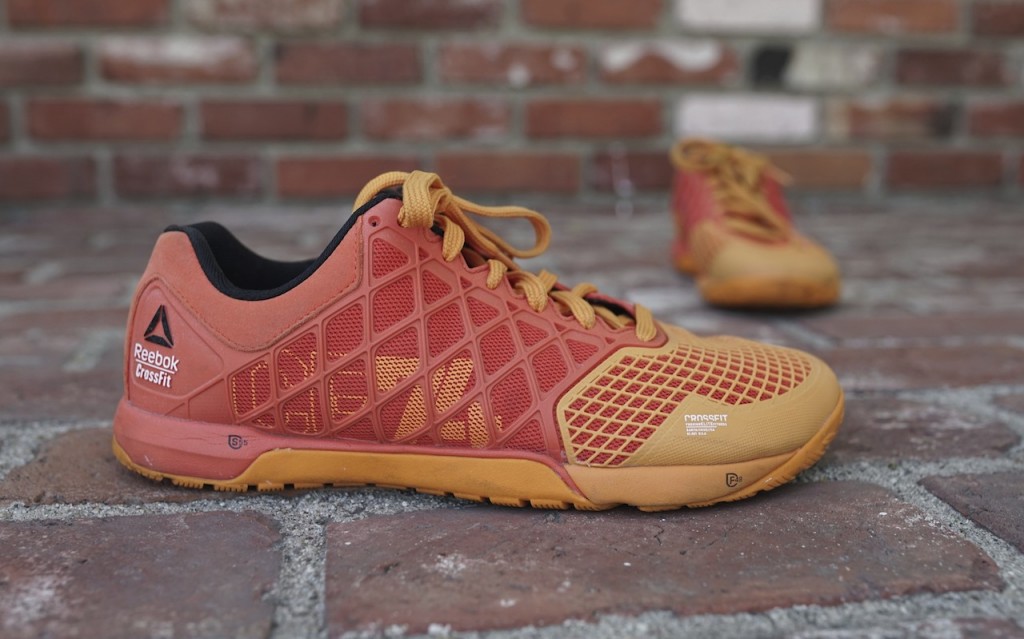