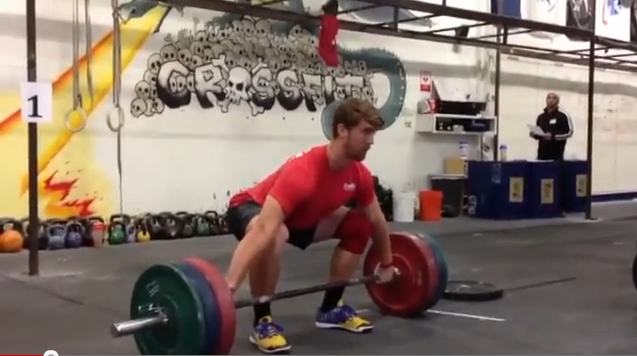 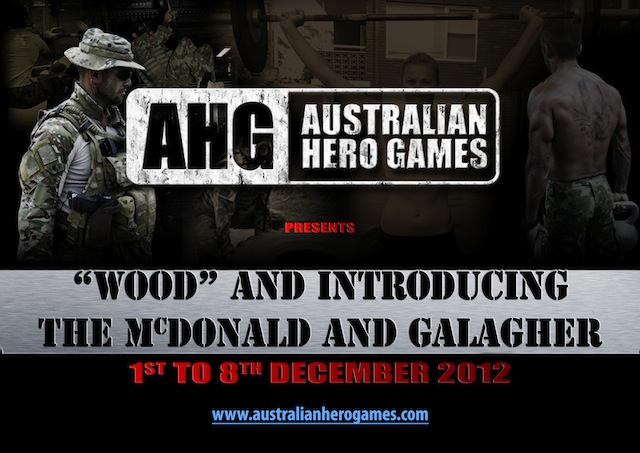 The Australian Hero Games have just been announced! The event will take place between the December 1-8 and has been created with the aim to raise $75,000 for the Commando Welfare Trust.

The competition has two Hero WODs, which will take place on separate days in the early December period. The timing of the WODs will be determined by each CrossFit affiliate taking part in the event.

Entry into the competition is only $30 for individuals, $75 for a 5-person team, $60 for a 2-person team and competitors will have the choice to compete in one or two of the Hero WODs over the course of the week.

The first workout “Wood” has already been released. For those that don’t know “Wood” was named after 32-year-old Brett Wood an Australian Special Forces Commando who was killed in Afghanistan in May of 2011. He died instantly when an insurgent IED exploded on a foot patrol he led in the Kandahar Province.

“Wood” was the first CrossFit Hero WOD to be named after an Australian solider. So workout one will be as follows:

Although we know the name of the second workout (Gallagher & McDonald) event organisers are waiting until the 17th of November before providing the full details. We do know it will involve pull-ups, front squats, kettlebell swings and running. Yet the reps and order of moments is still a secret.

This is for a great cause and an event that all CrossFit boxes should get behind. It is open to any CrossFit affiliate in the world, so if your box has not registered make sure you get them to support this fantastic event!

Money raised for the Commando Welfare Trust helps provide, “ongoing support for those families left behind by the death of their loved one in the service of our country or alternately funds will be directed into making life the best it can be for the families of those Commandos who are seriously injured whilst on operations.”

To register or find out more information check out the Australian Hero Games website here.