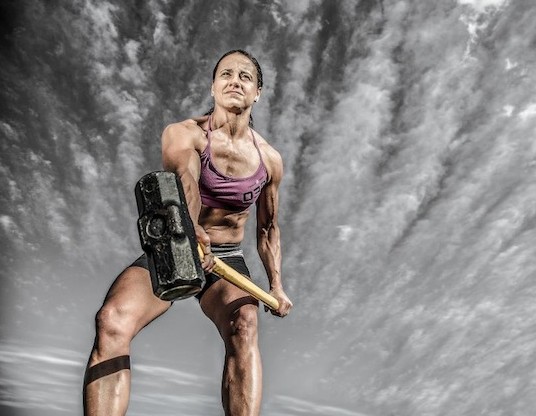 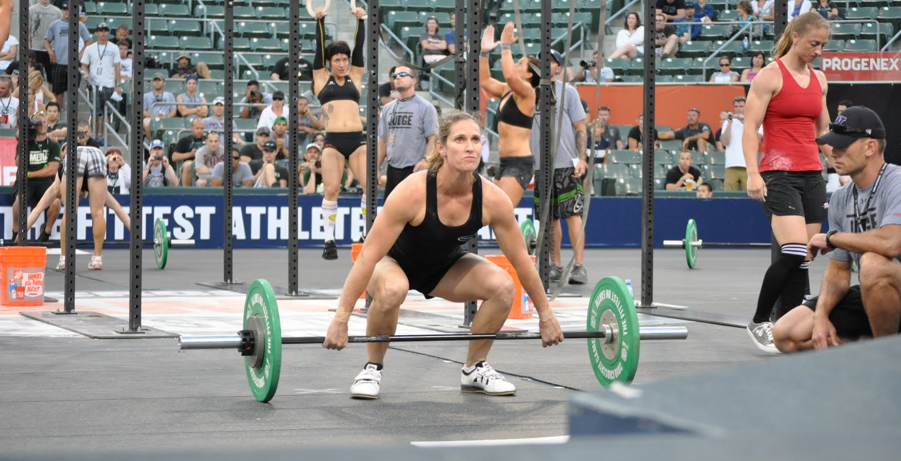 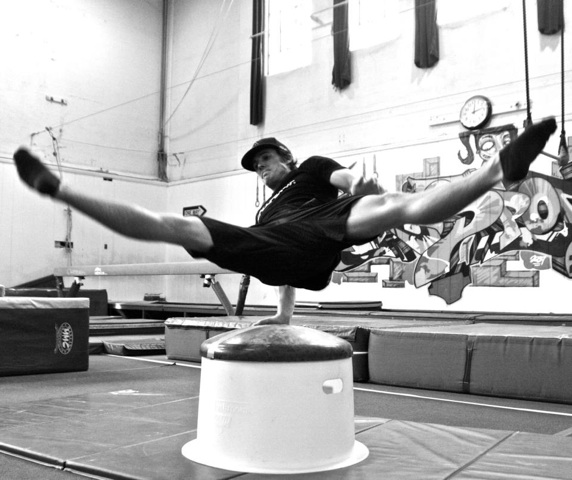 When it comes to CrossFit coaches, there are few names bigger than Carl Paoli.

The 30-year-old has been involved with the sport for more than half a decade, mentors one of the greatest female CrossFitter’s in Annie Thorisdottir, and is the man behind the respected website GynmasticsWOD.

Since then, Paoli has opened two affiliates in two different countries, and worked closely with a number of top CrossFit athletes from around the world. As well as coaching Thorisdottir to back to back CrossFit Games titles, Paoli is also known for teaching 2008 Games Champion, Jason Khalipa how to backflip in under 10-minutes.

John caught up with Coach Paoli during his recent tour Down Under. He discussed a variety of topics including his involvement in CrossFit, his relationship with Thorisdottir and a range of other issues.

First off Carl, can you tell us a bit about your sporting background?

I grew up doing gymnastics since I was 4 or 5: in Spain actually. At about the age of 19, I retired and went straight into wakeboarding, snowboarding and went a little competitive there for a while.

After graduating from school, (I studied environmental science but specialized in marine biology and genetic engineering), I started coaching gymnastics on the side. That led to personal training, then CrossFit, and now gymnastics applied to CrossFit movements. 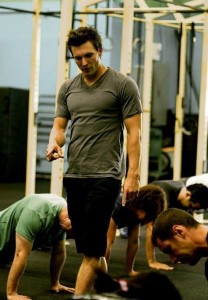 So when did you find CrossFit?

I found CrossFit in 2006 when I was a personal trainer working out of a health club. I realized after a while that none of my clients were seeing any results following the program that the health club was indicating I should follow.

So I went to a private training facility and started playing around with some Olympic lifting, kettebell training and some other stuff. That was until a guy in the gym said, ‘hey, I think you should try CrossFit.’ So I jumped into a class at San Francisco CrossFit, which was being coached by Kelly Starrett, who runs mobility WOD.

Eventually I started taking the classes regularly and all I did was steal the material and take it to my private clients (LAUGHS).

After awhile I got to coach some classes. I think it was 2010 when I finally decided that I liked CrossFit and I wanted to stick with it for awhile. That’s when I started putting out videos, seminars and all the things that I’m doing today.

You coach dual Games champion Annie Thorisdottir. How did that come about?

Jami Tikkanen, who is Annie’s head coach, runs Kelly Starrett’s Mobility seminars in Europe and it was through Kelly we met. One day he asked me if I could help him out with some basic gymnastics elements and that led me to meeting up with Annie in San Diego.

We met up once, then twice and it was then Annie asked if I would like to coach her until the Games. I coached her until the Games in 2011 where she won the Games, which was very exciting. We then decided to keep working together and she won again in 2012!

We have a great collaboration. Jami does all the programming, he’s pretty much the one who puts the engine in, and then I work on the quality of movement.

So she lives in Iceland, and you live in the States. How does the coach/athlete relationship work?

Last year we met up in Boston, Iceland, San Diego and San Francisco. We meet up a few times in the year and then inject some stuff in written programming. Of course, the relationship is constantly changing. Now I’m more of an advisor and just help her with some basic decisions she has to make as an athlete — so I’m more of an athletic consultant if you will. 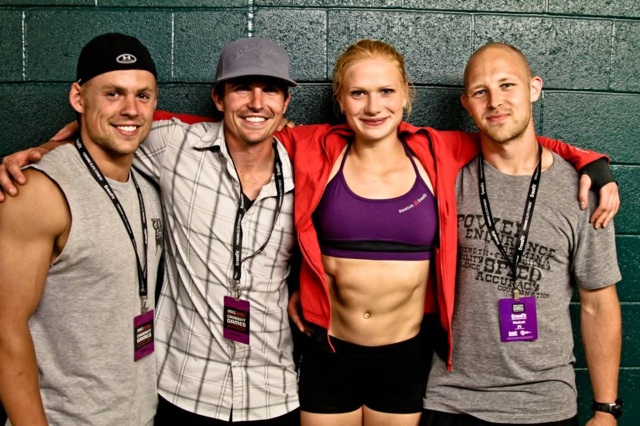 Everyone needs a coach. It doesn’t matter who you are. If you don’t have someone to share stuff with it’s hard to be successful.

My theory on success is the quality of sharing. Someone can win a gold medal but if they can’t share that victory with others, that victory becomes irrelevant. It doesn’t become progressive and it doesn’t mean anything.

So having a coach guarantees success. Because no matter what happens and how small the victory is, you can always share it with someone who understands and has that empathy.

There’s one thing I learned from Jami Tikkanen. He said that his goal as coach is to create a successful environment for his athlete. That’s something the athlete could do, but they can’t actually spend their time focusing on that — they have to spend their time doing the work and putting in the volume.

So as coaches, if we can create the environment then we’re probably doing a good job. I think that’s the biggest role of a coach, especially at the CrossFit Games. 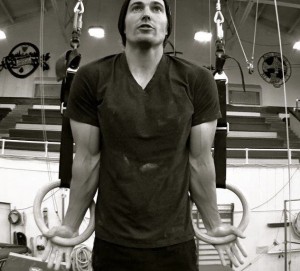 In terms of CrossFit athletes, who do you think has the best overall technique?

For the men, definitely Rich Froning. He’s definitely the most consistent athlete out there.

Out of the girls, Annie of course. I would definitely give her a good pat on her back, but Julie Foucher is pretty solid as well. Camille Leblanc is definitely up and coming in technique and is getting really consistent. Kristan Clever is very good too.

Those are the ones I would say are the most solid across the board.

As a coach, what is the best advice you can give to early CrossFitters?

To stop looking at their competition.

You were just in Australia running a number of fitness seminars. What do you think of the CrossFit scene Down Under?

Oh it’s way better than I expected. I had no clue what I was in for. The people have been so happy and excited and the support is massive.

I would actually say that the scene here in Australia and in New Zealand is more intense than it is in America. The people who follow it are way more into it. They have a completely different feel for it. There is an excitement, happiness and joy that I just wasn’t expecting, which is really, really cool.

I don’t know if it’s because it feels like something that is far away and they have nurtured it differently, or if it’s just part of the culture. I haven’t been able to put my finger on it yet. But definitely, I see more excitement and a more positive environment around it.

Funnily enough, it feels like it’s less competitive but more intense. I don’t know how to put it really, I’m trying to figure it out as we speak.

How does it rate compared to the CrossFit scene in North America?

Well to be honest with you, I don’t know if it’s smaller than North America.

In the cities that I’ve been able to visit so far, I’ve seen a huge following. It’s like they are more educated than they are at home almost. So it’s pretty surprising.

I think it’s definitely up there with the US, but maybe just the pockets are smaller. 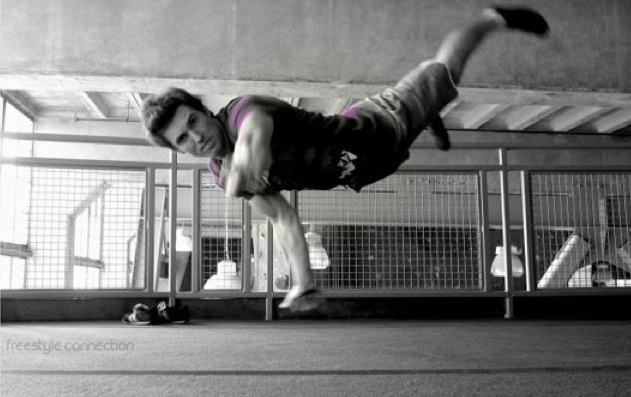 Finally, what is your ultimate goal in the fitness game?

Physical education is my goal. I really want to see something that goes beyond the CrossFit Games.

Always have a coach and always have a good group of people around you that will make you successful.

You can find out more about Carl by checking out his website here.

In the meantime, here’s the video of Paoli teaching Jason Khalipa how to backflip in under ten minutes: