Matt Chan: “The Knees are Getting Better” 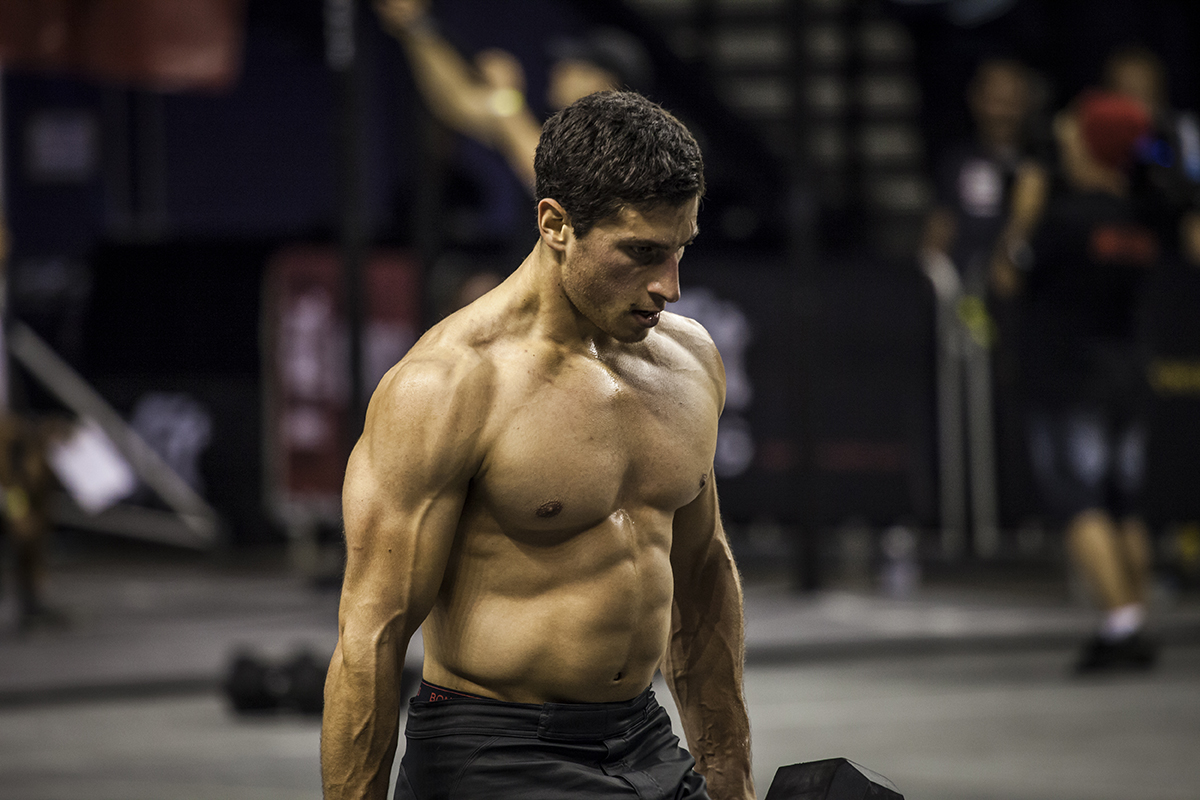 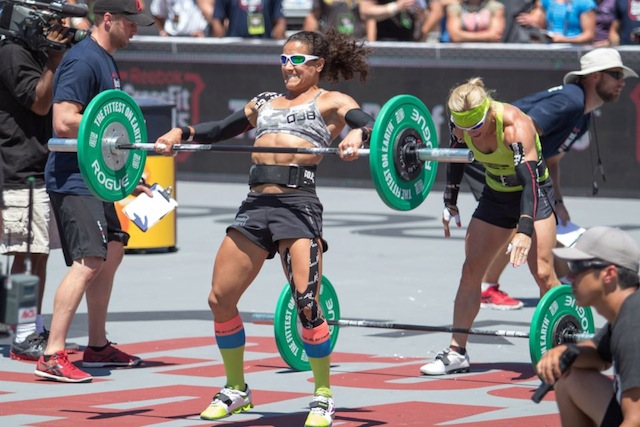 Cheryl Brost is Ready for the 2013 CrossFit Open! 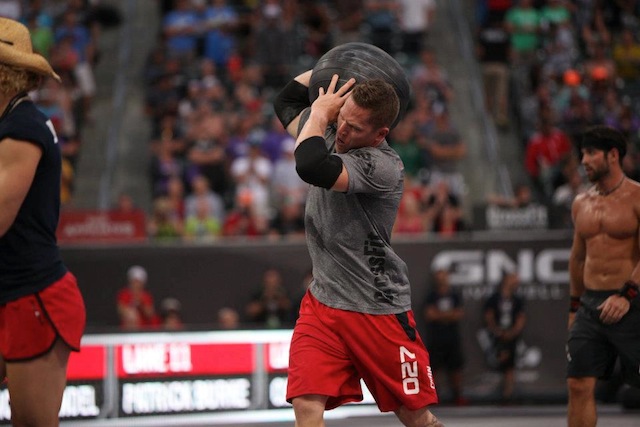 The 2013 CrossFit Open gets underway this week and there will be plenty of interest on how CrossFit veteran, Matt Chan performs over the five-week event.

The 34-year-old was the runner up at last year’s CrossFit Games, but after injuring both his knees in the off-season, Chan’s preparations for the 2013 season have been severely put backwards.

The Rx Review caught up with the six-time CrossFit Games competitor, and AltrientTM  ambassador, this week to find out how his recovery is going, what his diet and training has been like leading into this year’s Open, and what his expectations are in 2013.

Well the first thing we want to know Matt is how your knee injuries are going?

The knees are getting better. Yesterday, and for the first time since I had the procedure (stem cell treatment), I did 75 box jumps in a workout where I was actually able to jump on and off the box. That’s the first time since the procedure, which was about 20 weeks ago. So I’m pretty stoked about that. To me it says that I’m progressing from where I was at. So I think it’s good.

Is there still a concern that you might not be fit enough for the Open, or not be able to make it through the five weeks?

Yeah there definitely is, I mean there’s still a concern for sure. When I get tight (when my quads and calves get tight), which happens pretty easily now because my legs are de-conditioned, I experience quite a significant amount of stress on the knee joints.

The struggle is now keeping those muscles mobilized enough to be able to train on a daily basis. There are some days where that is just not possible. I ran a 5k run on Friday and had to change my training regime for Saturday because of how tight my legs were. 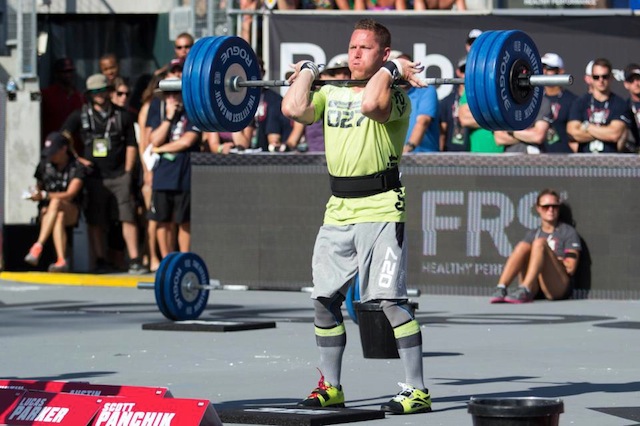 Matt Chan During the ‘Clean Ladder’ at the 2012 CrossFit Games

So what is your goal for this year’s CrossFit Open?

My goal is to qualify for Regionals. I don’t really care where I place by the end of the Open, as long as I qualify. I am now no longer second place at the CrossFit Games, I’m now back at the starting line trying to get to Regionals, and I’m just taking it one step at the time.

How has your training changed since the knee injuries? What has it been like over the past three months?

I had the procedure in mid-November last year, the Monday of Thanksgiving week. Since then, for about 16 weeks, I did nothing with my lower body that involved going below parallel.

For about eight weeks, I did nothing with my lower body, nothing at all. So I worked on a lot of stamina and strength on the upper body. Basically, as my knees progressed through the healing process I added a little bit of volume each week to what I was doing with my knees.

We built a volume on that, performing 100 reps of air squats in a workout above parallel, and then as week 16 passed we went below parallel with air squats, single leg lunges, Bulgarian split squats and so on.

I’m just trying to get stronger, but at the same time I’m keeping in mind that I’m not necessarily trying to get back to where I was last year for the Open.

Very rarely are there heavy weight workouts during the Open, so we have been strictly working on stamina and those metabolic conditioning workouts at different durations. 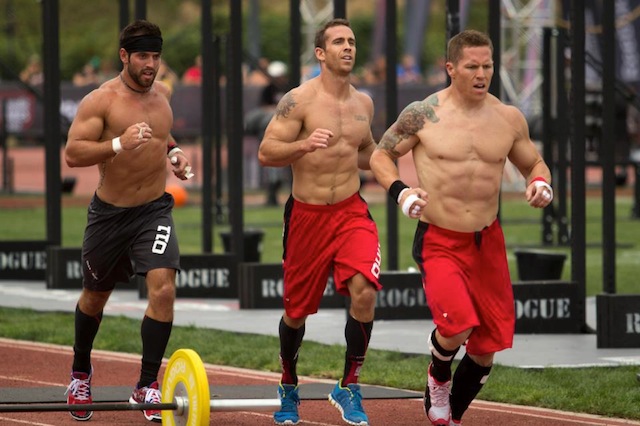 Are there any particular movements or exercises you are hoping to avoid during the Open?

I’m OK with anything, but what I strictly do not want to see, if I had my way, would be 24 plus inch box jumps for any significant volume. That would be really, really hard for me.

Push press, power cleans and power snatches are rough on the knees as well. I’m good with those; I’m just not great. But everything else is fair game; I’ve got no problem with thrusters, front squats, overhead squats. Any kind of gymnastics I’m good with, although pistols would be a ‘no-go’ almost entirely on my right leg.

Basically box jumps and pistols would be the two things that I would have to say I wouldn’t do so well in.

The last we spoke you mentioned you had started taking AltrientTM C and AltrientTM METM. Has that been helping with your recovery?

I’ve been taking AltrientTM pretty much every single day to reduce the effects of my training. I will say I have seen a significant difference in my recovery.

So finally, what are your expectations in 2013?

Really, I think just to get through the Open and qualify for Regionals. Then I’ll take it from there.