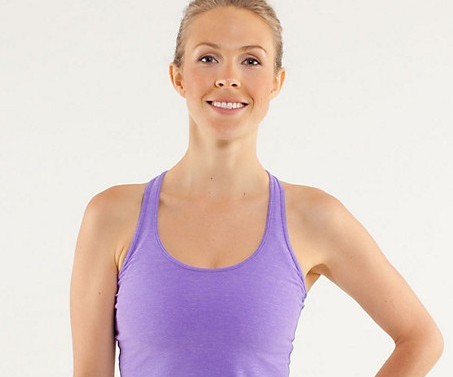 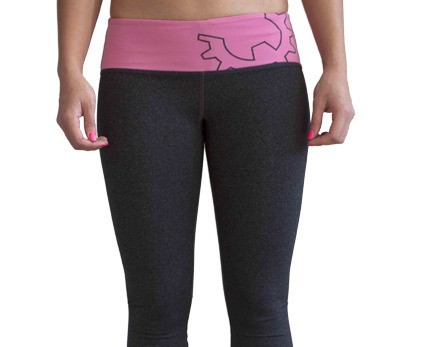 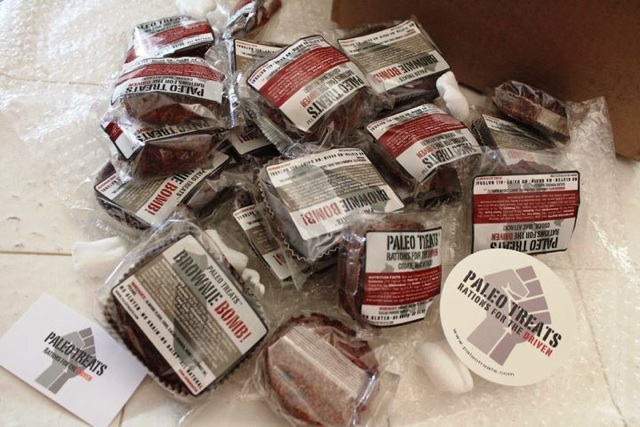 This week, we take a moment to review some Paleo Treats!

After going on the Paleo diet for several months last year, I know all about food cravings. From looking the other way when a jar of lollies was offered around, to eating around my fries when I was served a steak, I somehow managed to avoid the temptations while on the diet.

When I started going Paleo, however, I had no idea what to eat, and how on earth I would survive without bread, pasta and cereal! In the end, I managed to come up with a good eating schedule that I managed to follow for several months.

But the whole time I was on the diet, I was still unable to find any real snack alternatives for brownies, cakes and muesli bars. Everytime I had a craving for a fast snack, I would resort to nibbling on nuts, or eating fruit. The reality is, my sweet tooth was never really satisfied the whole time I went Paleo.

Fast forward two years and there’s now a number of Paleo food brands with a range of snack alternatives. One of them is Paleo Treats.

Hailing out of California, Paleo Treats is a brand that prides itself on using natural ingredients that are gluten, grain and dairy free. Their range of products are all sweetened with honey and not sweeteners, keeping them 100% Paleo.

I was given a sample of four of their products (Cacao Now, Brownie Bomb, Mustang Bar and Mac Attack) at the 2012 CrossFit Games, and it didn’t take me long to get stuck into them. 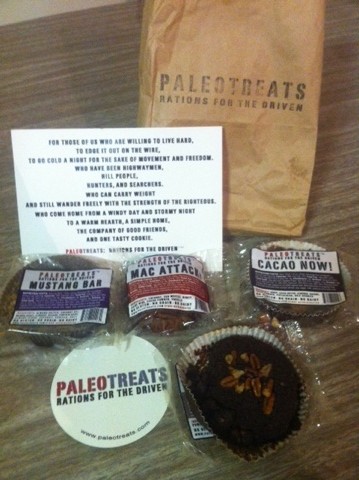 Guilt Free – The best thing about eating Paleo Treats is that you don’t feel guilty biting into them. While they taste just like any other chocolate snack, they are free from any nasty grains, dairy and gluten ingredients that Paleo people try to avoid.

Shelf Life – I left one of these treats in my fridge for two weeks and when I went to eat it, it was not dried out and tasted just as fresh as the others I had tried days earlier. Paleo Treats have a shelf life of 90 days if you refrigerate them.

Filling – While the treats may look small at first glance, they do a very good job of filling your belly. I first thought I would eat all of them in one hit, but halfway through one snack I already started to feel full.

Mac Attack – By far my favourite of the four treats. Any coconut lover is going to love the Mac Attack! The treat holds together quite well and has the perfect blend of coconut, chocolate and cacao. Awesome taste and an awesome treat!

Brownie Bomb – My second favourite Paleo Treat. The Brownie Bomb is just like any other brownie, except Paleo! I honestly could not tell the difference between a Paleo Treat brownie and one from my local bakery.

Cacao Now – I wouldn’t say it’s bad, but my least favourite Paleo Treat was the Cacao Now. The snack is basically a cacao chocolate block with goji berries, pistachios, raisins, and almonds scattered on top. While I had no real problem with it, I wouldn’t be rushing back to buy one anytime soon.

Price – A pack of ten Brownie Bombs sells for $46, while a mixed box of ten sells for around $40 as well. While they are definitely not outrageous prices, they are high enough to make you think twice about making a purchase. However, if you are serious about your Paleo diet, then $40 is a price worth paying. 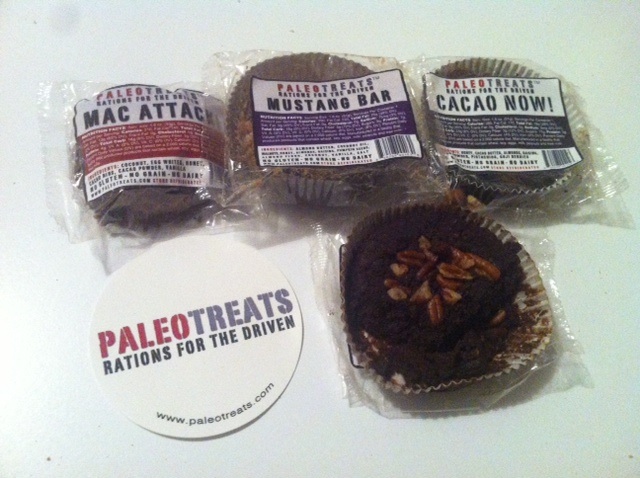 A variety of Paleo Treats

Paleo Treats look to be a great snack for anyone, regardless if you are on the Paleo diet or not. Not only are the products dairy, gluten and grain free, but they are also taste pretty good!

In the end I think it really comes down to how serious you are about your health and diet. For those who are health-conscious and serious about what they eat, then Paelo Treats are a perfect snack to take everywhere with you, especially when you want to cure your sweet tooth.

However, if you’re just an average punter who is just after an easy and cheap snack to eat, then you’re probably better off grabbing something from your local bakery or supermarket.