The Rise of ‘CrossFit’ Articles in Mainstream Media 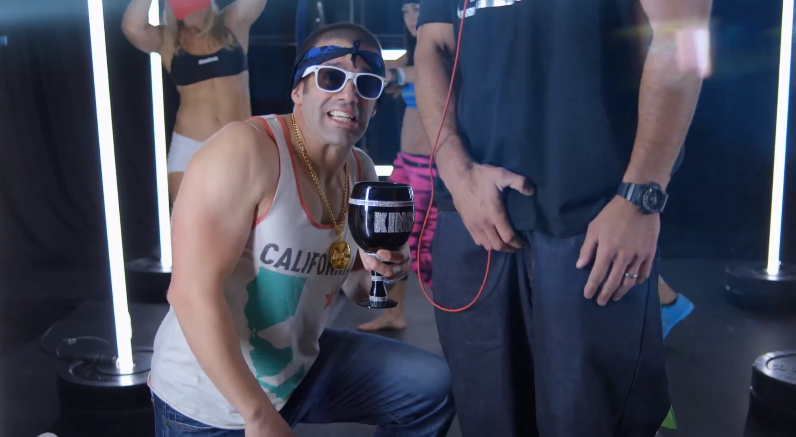 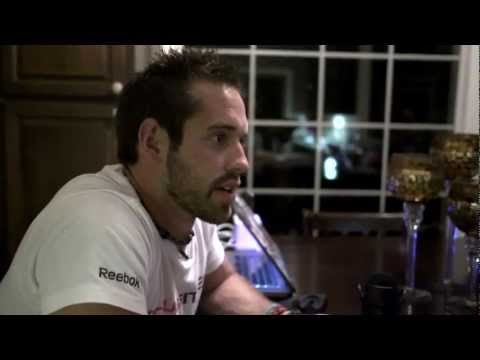 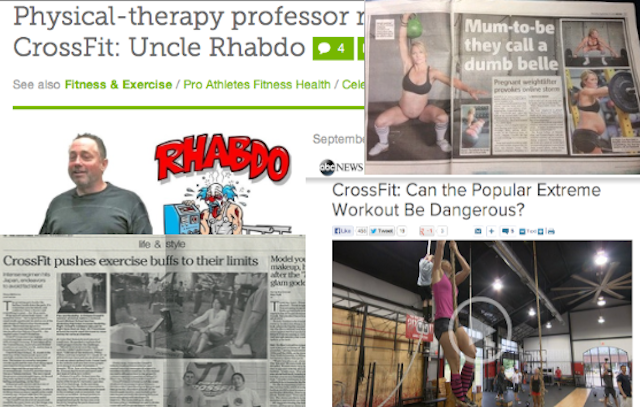 Over the past few months, we have seen a number of articles appear in the mainstream media, focusing on the CrossFit Games, CrossFit workouts, and the CrossFit brand in general.

Popular websites and leading news sources like CNN, Huffington Post, ABC News, Fox News, Time Magazine and the New York Times have all published content with the term ‘CrossFit’ in the headline in the past month alone. But unlike the typical, mostly-positive, articles we have been accustomed to reading in recent years, like “The Word’s Fastest Growing Fitness Movement”, or “Is This the States Fittest Woman”, these particular articles have been slightly more controversial.

Here is a list of some of the mainstream coverage CrossFit has been getting in the past two weeks alone:

Some of the issues these articles have focused on include women working out while heavily pregnant, Rhabdo, and the recent ‘black people don’t do CrossFit’ controversy.

Over the past few weeks, these articles have all generated a fair bit of discussion across social media, and within CrossFit affiliates across the globe. However, none of these issues are actually new. Since Greg Glassman founded CrossFit over a decade ago, these so called ‘controversies’ have always been there.

Let’s take the recent story about pregnant Californian woman Lea-Anne Ellison for example. The 35 year old made headlines in a number of newspapers and websites after she posted a few pics on Facebook of her working out in her CrossFit affiliate while heavily pregnant. CNN, The Huffington Post, Examiner.com and Fairfax Media were some of the many to publish content about her. All of a sudden, the topic of pregnant women working out became a bit taking point, and the images of Ellison went viral on social media.

However, back in 2006 when CrossFit Games veteran Annie Sakamoto was filmed doing pull-ups while pregnant, no one blinked an eyelid. The video of her completing 25 ‘pregnant pull-ups’ unbroken has had tens of thousands of views, but mainstream media didn’t seem to think it was worthy of a story.

It’s a bit like Rhabdo, or Rhabdomyolysis, as it’s scientifically referred to. For those who don’t know, Rhabdo is a serious and potentially fatal condition resulting from the catastrophic breakdown of muscle cell and can often be caused by excessive exercise. Recent coverage on the ABC News, The Huffington Post and The Examiner talk about Rhabdo being ‘CrossFit’s Dirty Little Secret’ and how some people in the community ‘celebrate’ Rhabdo and make light of it through the cartoon clown named Uncle Rhabdo.

The truth is, CrossFit has been well aware of the dangers of Rhadbo for years, and by no means celebrates the potentially fatal condition. In fact, one of the first things CrossFit trainers are taught when getting their Level 1 accreditation are the dangers of Rhabdo, and how to identify the symptoms promptly. Calling Rhabdo ‘CrossFit’s Dark Secret’ is extremely far from the truth. If it were a secret, then why would there be a mascot called Uncle Rhabdo for everyone to see?

The same goes for issues like peeing during workouts. It seems mainstream media has been talking about the issue a lot in recent times, although when Miranda Oldroyd admitted to it years ago, it wasn’t really considered ‘highly’ newsworthy.

So, what is behind this recent rise in controversy and coverage in the mainstream press?

You could say the obvious reason is the increase in CrossFit affiliate members and the growth of the CrossFit Games. Functional fitness is becoming increasingly popular and mainstream media is now seeing it as a market it can capitalize on. So writing more content about functional fitness would only help increase traffic, right?

But I think another reason is the rise of social media. CrossFit has always had a huge online following. The fitness regimen has consistently posted workouts online, and first stage of qualifying for the CrossFit Games (The CrossFit Games Open) is actually completed online and is the most inclusive sporting event in the world. Members of CrossFit affiliates are constantly posting their scores and times to their Facebook, Twitter and Instagram accounts, and communicating with the community through social media.

It is no surprise then, to see mainstream media try to tap into this audience.

At the time this article was written, CrossFit’s YouTube channel had nearly 300,000 subscribers, more than the main YouTube channel for CNN (one of the largest news organisations in the world). CrossFit’s Facebook page had over 670,000 likes, while Examiner.com had less than 200,000. Clearly, there is a huge market here for mainstream media to target. 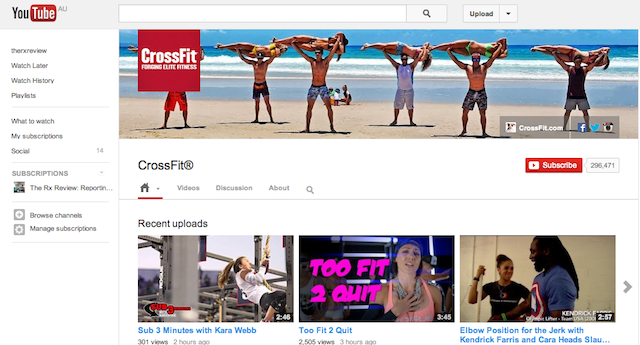 In my opinion, these recent articles by CNN, ABC News, Time Magazine, Fox News, the New York Times and The Examiner were specifically targeting the ‘CrossFit audience’ with the hope of generating large discussion. By making the articles slightly controversial, many of them were shared across social media networks, resulting in a huge influx of traffic for each publisher.

It appears mainstream media has finally realized how big the functional fitness market is and many clicks they can get by simply including the word ‘CrossFit’ in a title.

As the CrossFit Games continue to increase in popularity and CrossFit affiliates continue to pop up across the world, we can expect to see mainstream media continue it’s trend of publishing ‘CrossFit content’ in the hope of generating more traffic and public discussion.

Let’s just hope they maintain their journalistic integrity while writing these pieces and produce content that is more factual and less sensationalist, like we have seen in recent times.