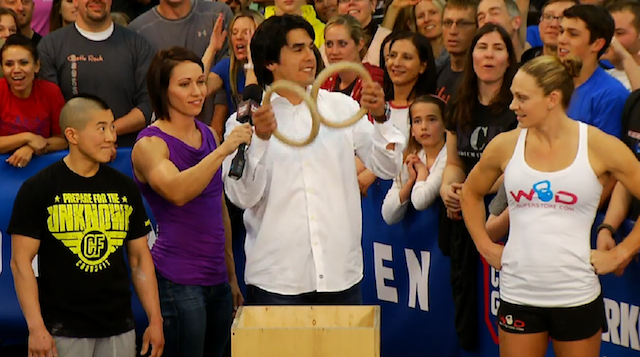 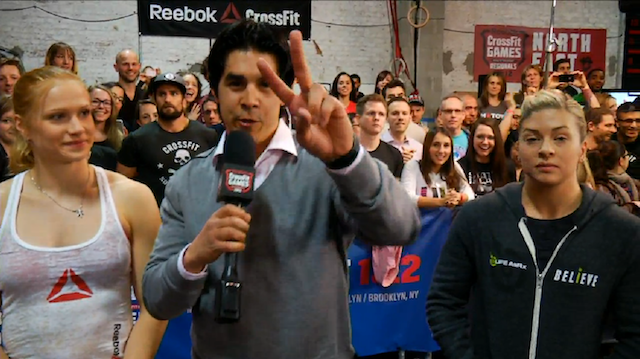 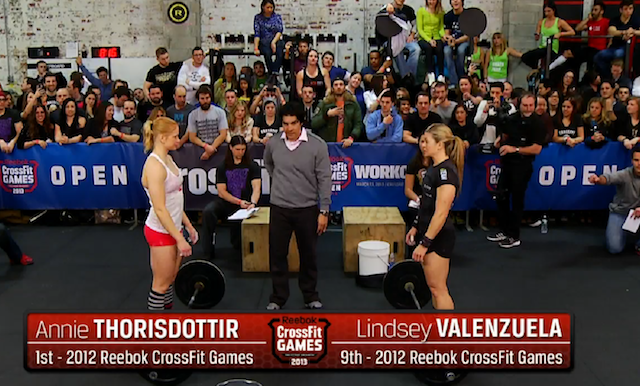 Well after a 10-minute AMRAP of 5 shoulder to overheads, followed by 10 deadlifts and 15 box jumps, it was Annie Thorisdottir who won the second workout of the 2013 CrossFit Open, defeating Lindsey Valenzuela at a live announcement throwdown.

For the early part of the event, Valenzuela and Thorisdottir were neck and neck. Although by the five minute mark, Thorisdottir’s fast and steady pace saw her pull ahead. In the end, Valenzula was not able to catch up to the 2-time Games champion and Thorisdottir secured victory.

Thorisdottir’s winning score for 13.2 was 361-repetitions while Valenzuela secured an impressive 335-reps.

Here’s a breakdown of the event:

Both girls got off to a flying start with Thorisdottir holding a slight lead over Valenzuela after finishing the first round in just 38 seconds.

By the four minute mark Thorisdottir had already completed five rounds, but Valenzuela was beginning to catch, and was now just a few reps behind.

After five minutes – the half way mark of the workout – both girls had competed six rounds, with Thorisdottir half way through her seventh.

It was during the seventh round where Thorisdottir began to extend her lead with Valenzuela showing signs of fatigue. For the first time in the workout, the 9th fittest woman on earth dropped the bar when transitioning from ‘shoulder to overhead’ to ‘deadlift’, instead of carrying it.

By the time Thorisdottir was beginning her eighth round, Valenzuela was about 10 reps behind.

The reigning CrossFit Games champion continued to build her lead, and in the final minute tried hard to lap Valenzuela, who was almost a full round behind her.

In the end, Thorisdottir was unable to finish a full round ahead of Valenzuela but still finished with the impressive score of 361 reps.

At the time of this update, Thorisdottir’s score was the 3rd best in the world, with Valenzuela’s 335 reps 4th best. Andye Razmus had the best score with 374 reps. 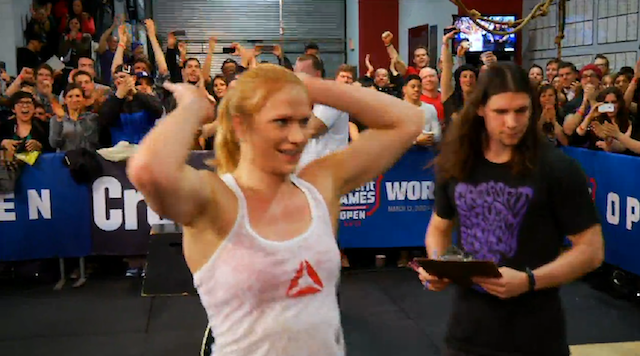